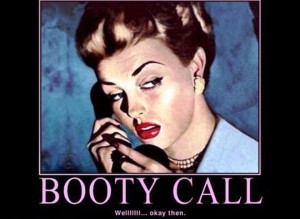 After having a conversation with my daughter about virginity, the sacredness of bodies and sex, casual sex and what does it all really mean, the awareness came flooding in and I had to laugh at myself as the old pattern continues to loosen the tightly woven perfectionism that has harnessed my deepest creativity for decades.

I was sitting at the lake with some girlfriends and chatting about the new young guy I just met and my ex walked up and overheard, he looked at me and said, that’s not a boyfriend it’s a booty call.

I heard it, I didn’t like it, it registered with something that just wasn’t “right” or “okay”, I didn’t have the information to recognize it so I stored it in a place I call the in-between, a layer where I store random things that direct me to choose without consciously recognizing that this is where I am choosing from. This is also a place where I retrieve information that comes through the awareness of asking questions.

After the phone call with my daughter, I was asking questions and then, BAM, it came in with a laughing extravaganza to follow, mostly because what I heard was, My first husband said my second husband was a “booty call” so I married him.  Seems my awareness has a sense of humor.

There are many factors that lead to my choice to marry my second husband and they each have their place in the in-between, however, this one came from the points of view I have around sex, sexuality, sharing my body and so on.

I have lived the spectrum of sexuality all while dancing with being a “good” girl and/or “bad” girl and all of the confusion my world presented.

What does sex look like after all of that?

I have dabbled in relation to men, what is real for me, what I want and don’t want, like and don’t like and then a door opened to a different possibility in relationship. What if it was never about sex, being good, being bad or compromise, what if it was never about anything more than an energy and a choosing beyond a stuck point that cycles you in and out and through the past to determine where to go in the future.

Where do you get locked up in choosing through the in-between?